Where Did April Go?

Apr 30, 2021 by Sue Andrews
There were some sad events that happend the end of April that I could not wrap my head around. The week after I wrote my last blog there were three deaths of people we knew who were dear to us.
The first was a good friend named Myrna. She had been a friend for over thrty years. We knew her because her husband, Hank, had worked for the Youth Authority for the State of California with my husband. Myrna had had several strokes over the past couple of years, but what we didn't know is that she had developed Parkinson's Disease also. It was an aggressive case which took her away from us on April 14th.
Latter that week, we had another friend of ours died tragically in a car accident. Barbara had been our CPA for thirteen years. What was even more tragic was the fact that sixteen months prior, Barbara had lost her husband in another fatal car accident. Her infant son was in that same car and lived after several surgeries. Now baby Rocco is without any parent and at this writing his future and with whom is unknown. I pray it will be someone close in the family who will raise him.
At the end of that week, Ken and I lost his infamous Uncle Bill who was 98.5 years old. He tried his hardest to reach 100 and only missed it by a year and a half. He was quite spry up until he was 97 and lived his life to the fullest, being active in every way; mind, body, and soul. We went to his memorial service last week, saw his relatives for only two days and then returned home to some good news and some bad.
Prev Next 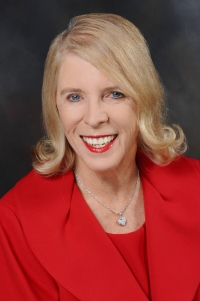